Born October 4, 1988, Magdaléna Rybáriková, is a professional tennis player from Slovakia. Like most of today’s professionals her career started at a very young age on the amateur circuit. At the age of 15 she left her home in Piestany to train in Bratislava, where she makes her home today. Her professional career began in 2005 under the tutelege of her couches Mojmir Mihal for tennis and Kristin Cupak and Michal Dubovec who were here Fitness Instructors.

Rybáriková has had a very long and varied career, although her highest WTA ranking was only 40th, she is currently ranked as the world 62nd best player.

What started out as such a promising career has seen little upward mobility. It seems her best years are all behind her. In 2006 she reached the girl’s singles finals in Wimbledon and that is where she showed so much promise, she beat some of the girls who went on to become some of the world’s best players. That year in the final she was bested by Caroline Wozniacki. She also made her first world tour QF in that same year.

2009 was a very good year for Rybáriková, she won her first WTA title at he Aegon Classic by beating Li Na. That success was as good as it got as Rybáriková seemed to not be able to make it into another quarter final. In the US Open that year she had the misfortune to play Venus Williams and it was like a lamb at the slaughter with 3rd seeded Williams defeating her 6-2 7-5. she manage to pull herself together to defeat Urszula Radwinski and Nadia Petrova in the 2009 Toray Pan Pacific Open only to late fall to the Agnieszka Radawanska 6-3 6-1 in the QF.

In the 2010 ASB Classic she somehow pulled out an upset against 8th seeded Anabel Garrigues 6-2, 6-3, but could not hang onto the moment falling in the very next round to. The 2010 Moorilla Hobart International was an even worse time for the young tennis player as she lost 3 straight matches and the same thing occurred in the Australian Open. It seemed the player was on a losing streak until she shocked everyone by reaching the QF in the Malaysian Open. Toward the end of the season she was bumped to the ITF since she had such a poor showing in the US Open and again at the Tashkent Open. In her final match for the season

Her 2011 season was just as uneventful as 2010 while she holds 4 ITF titles she has yet to breakthrough in the WTA. With her recent back injury and loss of form it doesn’t seem like there is any chance of her moving up this year. She has 16 wins this year in singles but also 16 loses and has won 5 matches as part of a doubles team.

Top 16 Places To See In Australia

10 Beautiful Places in Montenegro You Must See

The Ultimate Travel Bucket List After the COVID Lockdowns are Over

Disney Princess Nothing Can Stop This Princess Eco Travel Mug 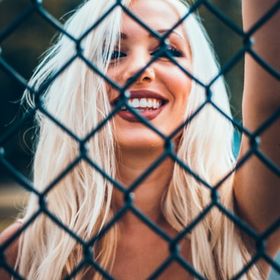